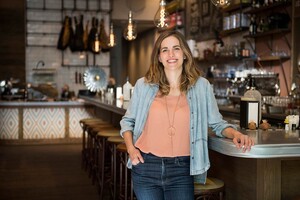 Five-time James Beard Foundation Award nominee Katie Button is the CEO/co-founder of Asheville, North Carolina's beloved Cúrate restaurants, online marketplace, wine club and culinary journeys. Button honed her craft in the kitchens of some of the world's best chefs, most notably Ferran Adrià and José Andrés. In 2016, Button released her first cookbook, Cúrate: Authentic Spanish Food from an American Kitchen. She is currently the host of the television show From the Source on Magnolia Network.

Button’s first step into the professional culinary world began at a José Andrés restaurant. That's where she began her journey discovering and cooking Spanish food. José has since become a mentor for Button and her husband, Felix Meana. This recipe she learned from Andrés, which is why it appears as “Chistorra & Chips José’s Way” on their menu. Chistorra is a Basque-style fresh sausage. It's thinner than most fresh sausages and made with white wine, garlic and pimentón. They make theirs in-house at Cúrate. The width of the sausage is important here, as it must be small enough to wrap the chip around and still have a little tail that gets crispy.

Part of the reason we're able to replicate iconic Spanish dishes with authenticity in our restaurants is because of the quality of Idaho® potatoes. For our Chistorra & Chips José’s Way, we use Idaho® Russet because the sturdy texture holds up to the toothpick assembly, and it fries up super crisp. 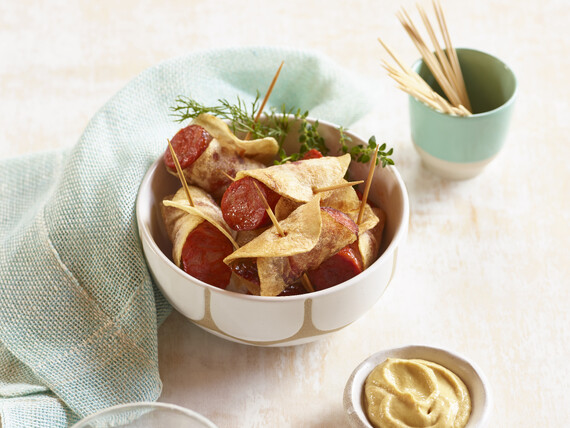 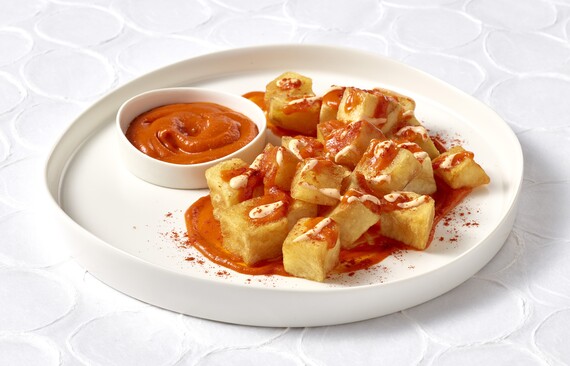